It’s not my intent on this blog to share many “writing tips”, since the Internet’s pretty well-saturated with those already. Anything I’d say has probably been said many times before, maybe even everything you’re about to read. However, a book I read this spring reminded me of the only thing that immediately turns me off of a book. It’s not too many grammar mistakes.

I won’t name the book or the author, because my personal policy is not to criticize fellow writers unless they’re spreading harmful messages, but the book I read took almost fifty pages of introductory material to get to the stuff I wanted to know. Nine times out of ten, I’ll know I’ll love a book from the first few pages. In other words, I much prefer it when Lucy walks through the wardrobe in Chapter 1, and I get the rest of the background details later in the story.

That said, my personal “get Lucy to Narnia in Chapter 1” rule didn’t quite work out for Once Upon My Mind. Rachel, my protagonist, spends her days making up stories about characters from a fictional book called The Park Avenue Prince. Every attempt to throw Rachel into Fabula right away and summarize The Park Avenue Prince later didn’t give my beta readers enough information to understand what was going on. It became more and more apparent that a prologue was the most effective way to get the Park Avenue Prince summary across.

I was determined, however, that even though there had to be a prologue, it didn’t have to be 50 pages of lifeless information before the stuff the readers actually picked up the book for happened. The opening gets the onerous task of summarizing The Park Avenue Prince for your benefit accomplished through a major character having a conversation with other characters, with little hints of this character’s personality being revealed in the process. Because another one of my few rules is “don’t tell when you can show”, here’s your very first look at the opening lines:

“My favorite book, by Emily Koslowski. The Park Avenue Prince is my favorite book. It is by Robert Hadley. It is about two seventeen-year-olds named Jack and Carlos who live in New York City. One day Carlos is in Grand Central Station because he is running away from his mother. He sees Jack there, and they end up in Fabula.”

“How did they end up in Fibula?” Tommy Baker interjected.

“It’s Fabula. Um, first they found a library that just appeared out of nowhere.”

So, is a prologue right for your book? Instead of a black-or-white, yay-or-nay approach, what I would recommend asking myself is: “Does the story still start with the prologue, or does the prologue read like something I have to get out of the way before the actual fun stuff starts?” To paraphrase a quote attributed to Nathaniel Hawthorne, readers find writing that appears effortless to be effortless reading.

And, of course, there are always exceptions to the “rules” when you do it in the most epic way possible:

What is your personal philosophy on prologues? Have you seen this advice before from other writers? I’d love to hear from you in the comments!

As you might have seen from my Facebook page, I’ve just returned from beautiful Birmingham, England, birthplace of time travel discoverer Dr. Gillian Bennet. One of my greatest passions in life, other than writing, is helping refugees and other recent migrants develop the literacy skills they need to thrive in their new homes. I was privileged to have the chance to visit friends who are doing this work in one of the world’s most diverse cities. There was also ample time for some first-hand research for the upcoming Once Upon My Mind quadrilogy and other possible future works.

You can’t leave England without a Sunday roast, complete with David Andrews’s beverage of choice. 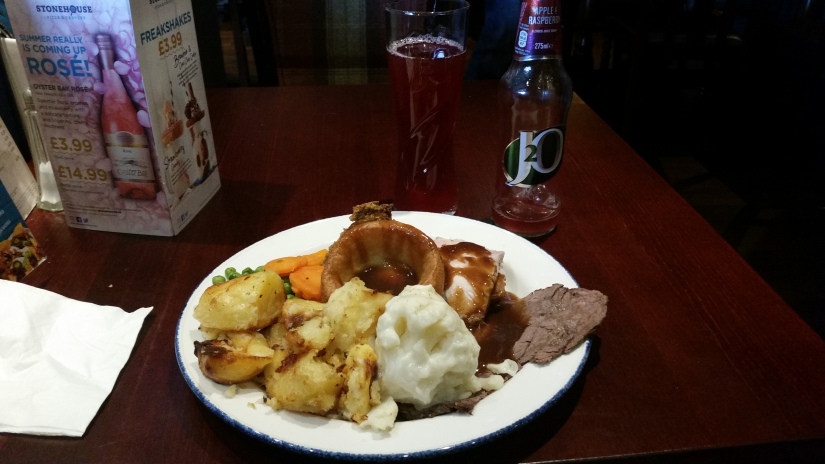 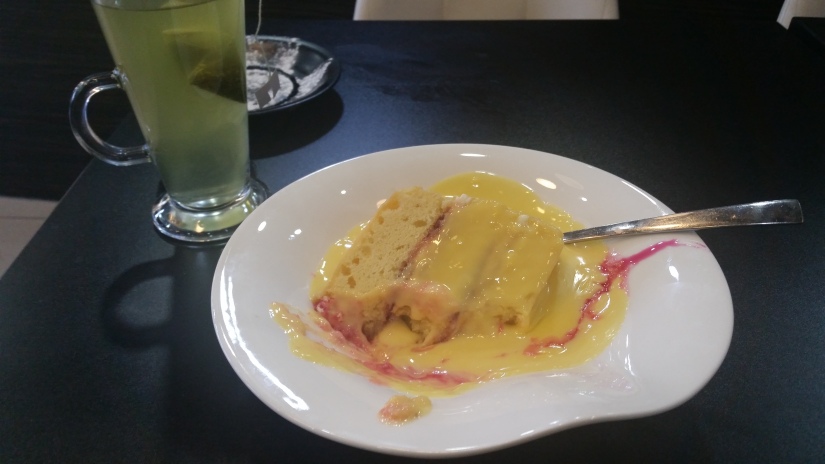 Speaking of custard, this dinner was just what the Doctor ordered (though I don’t recommend making that much custard.) 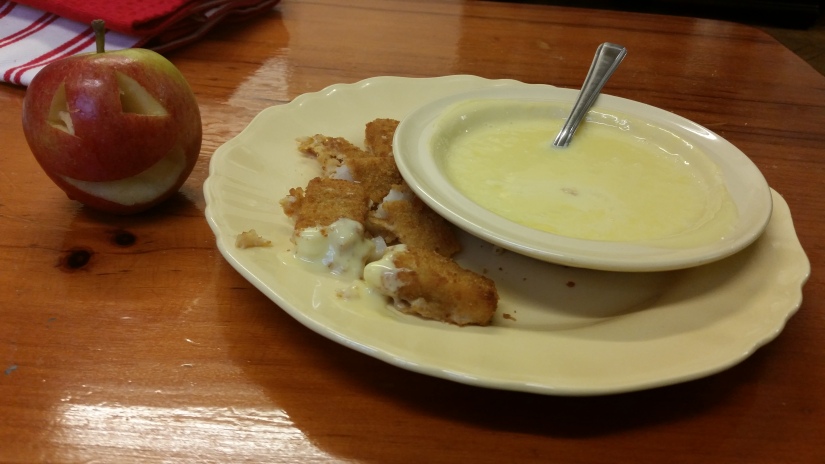 I ran into an old friend of mine from the States at the cinema. 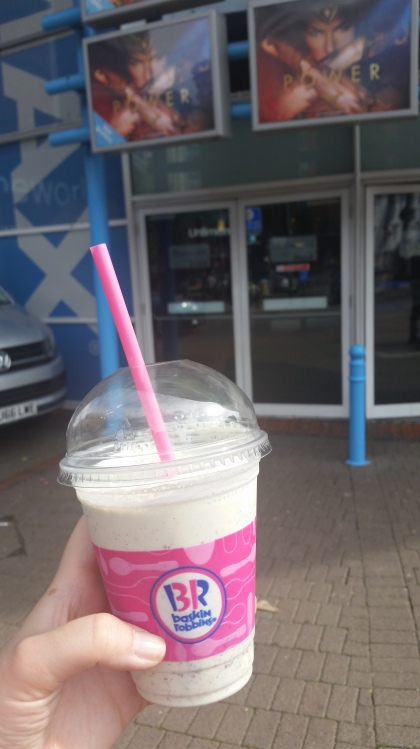 Fun fact: the Welcome Break Riley &c stop at in Chapter 2 of Time and Tenacity was originally a Pizza Express. (“What is pizz-uh?” Eleanor would have asked.) I changed pizza to doughnuts when I realize the gang would have to leave earlier in the day, but “pizz-uh” is still a must-stop for me whenever I’m in England.

Unfortunately, I was too busy devouring the delicious curries and kebabs I ate on this trip to take any pictures, but take my word for it, don’t leave England without trying a few, especially with fresh roti or naan! (Pic from Wikipedia.)

And, of course, when you’re right by the home of Cadbury chocolate, you must make a visit to the factory! 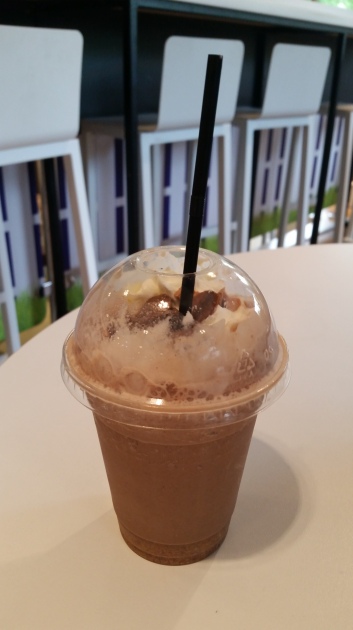 Now that I’m in the States again and more or less recovered from jet lag, it’s time to grab a cup of coffee in my new Warwick Castle mug and turn all those research notes from Once Upon My Mind into engaging imagery! I’m looking forward to sharing the first look with you this summer.